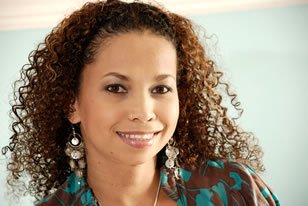 Renée Etta is one of the founding members of Mamatoto Resource and Birth Centre. She is also a director and was the coordinator of Mamatoto from  2003 to 2005. She is the mother of Sahara, Yanael and Jori, whose birth was actually the catalyst for the conception of Mamatoto.

Unlike the other founding members, Renée is not a midwife, nor does she have a medical background. She on the other hand is an upcoming entrepreneur with a strong sense of social consciousness. She owned and managed her own Internet Café and a fine dining Italian restaurant, Ristorante Garibaldi. Renée has also been involved with international organizations such as the YMCA, where she volunteered at the Youth Outreach Program, dealing mainly with adolescents living on the streets. She has been a UNICEF youth facilitator for many international youth conferences, taking her as far and wide to places such as Brazil and Japan. She has been the youth adviser at UNAIDS, where she facilitated in the promotion of innovative youth-friendly HIV/AIDS awareness and prevention campaigns. She has also led adolescent chat sessions at Mamatoto on adolescent lifestyle, reproductive health and sexuality and HIV/AIDS.

Renée is very much a free spirit and travels extensively. She is fluent in French, Spanish and Italian and is proficient in Portuguese and German and has a great passion for the performing and visual arts, religion and spirituality and language and culture.

She, like the other co-founding members of Mamatoto is extremely proud of the work and service that Mamatoto has achieved and will be achieving in the future and feels that wherever she has used her God-given talents to help and serve people, the outcome has been and will always be successful.