We are proud to announce:
Debrah Lewis – Founder, Executive Director and Senior Midwife at Mamatoto Resource and Birth Centre – received a Gold Medal for the Development of Women of the Order of the Trinity on Independence Day 2014. 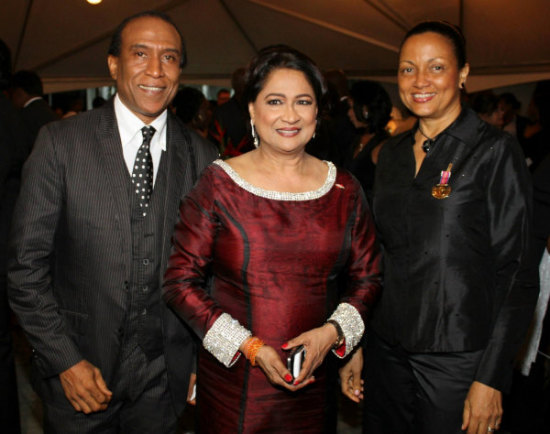 Debrah achieved an MSc/Midwifery from Columbia University in 1986 worked in New York as a public and private practice midwife and volunteered in Africa before moving to Trinidad.  After serving 2 terms as the Americas Board Member at the International Confederation of Midwives (ICM), Debrah was elected in 2011 as Vice President. She was the first person from The Caribbean to hold either of these positions.  www.internationalmidwives.org

Debrah spearheaded the formation of the Caribbean Regional Midwives Association and is a founding member and remains on the Executive of the Trinidad & Tobago Association of Midwives. She has served on committees with the Ministry of Health and the Nursing Council; is a clinical preceptor for midwifery programs in the USA and Canada and has presented extensively regionally and internationally.

In a recent TEDx talk – Why fathers should be present at birth: Debrah Lewis at TEDxPortofSpain youtube.com – she talked passionately about the shortcomings of a system that does not offer fathers opportunities to be fully engaged parents.

She is an international champion for the midwifery model of care and has worked tirelessly supporting women’s right to make their own informed choices and decisions about their births.